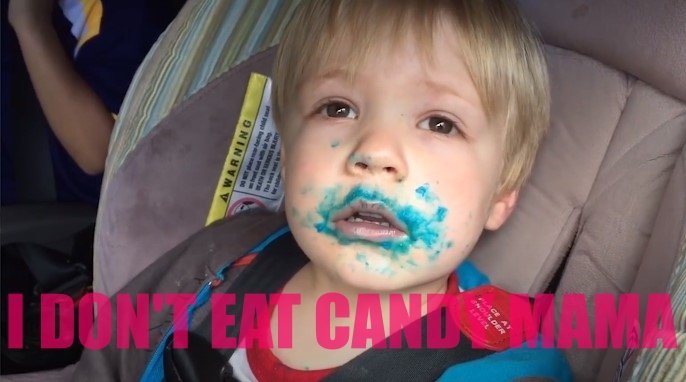 Trust and honesty are important in any relationship. Thus, if a child lies, their parents’ trust is broken and the parent-child relationship suffers. The question is, how can you get your child to stop lying in your parenting stage? Dishonesty is rarely something simple to be addressed. That is why common discipline techniques might not work to handle it. No need to worry, though. Here, we will tell you how to stop child lying.

Why do Children Lie?

Children lie for many different reasons. The most common ones are to get what they want, get out of something that they don’t want to do, and avoid a consequence.

Of course, these are not the only motivations why children lie. Below are four of the less obvious reasons why kids lie.

To get the spotlight off them

Children who suffer from anxiety might tell lies so they can get the focus off themselves. Or, they might tell lie to minimize the issues they have because they don’t want other people to worry about them.

To test out a new behavior

There are children who, after discovering some novel ideas, want to test it out and see what happens.

Yes, just like most kinds of children’s behaviors. In this case, these children wonder what will happen if they lie, what will the lie do for them, and what does the lie gets them out of.

To gain approval and/or enhance their self-esteem

Children who have low self-esteem might resort to lying in order to gain the approval of others and/or boost children’s self-esteem. The lies are usually in the form of exaggeration, which makes them seem more special, talented, or impressive.

Children with ADHD might tell lie not because they intend to but rather, because of their impulsiveness. In other words, these children talk before they think.

Sometimes, these children think that they have done something they haven’t yet done (like homework, for example). Some other times, they just forget.

How to Stop Child Lying

Here are 7 strategies you can try to stop a child from lying.

1. Make telling the truth a rule

First and foremost, make telling the truth a rule in the house. Stress the importance of truthful and honest communication.

Also, like how any other household rules should be, create the rule of telling the truth as clear as possible. This way, your child can understand how important the truth is.

Talk to your child about the types of lying and the negative effect caused by each type. Explain to your child why people tell lies. Communicate to your child that you expect honesty from them.

2. Be their role model

One of the most important strategies of how to stop child from lying is to be a role model of honesty. Children look up to their parents and imitate their behavior.

This means you should not lie about not feeling well when you want to get out of social engagement.

Don’t lie about the age of your child so you can get them a cheaper meal at a restaurant, either. Children imitate what their parents do. So, be their role model of honesty. Tell the truth all the time.

3. Explain the difference between telling the truth and lying

If you want a child to stop lying, you need to tell them the difference between telling the truth and lying.

While this can be done regardless of your child’s age, keep in mind that before they reach four years of age, little children do not fully understand the difference between truth and lies yet.

While telling the truth is important, teach your child not to be brutally honest. They don’t need to say something like “That shirt is ugly” just because it is honest.

When teaching honesty to your child, balance it with compassion. Also, tell your child the consequences of dishonesty to deter them from telling a lie.

When you catch your child telling the truth, give them positive reinforcement. For example, if your child broke a dish and came clean about it, praise them for their honesty and willingness to tell you the truth. This will help to reinforce honesty on your child.

Don’t judge their mistakes. Because the wrong treatment will only turn your child into a compulsive liar.

Giving a warning can help, too. When you think you caught your child telling a lie, give them a warning.

You can say something like “I will give you one more chance to tell me the truth. If I catch you telling a lie, you will get an extra consequence.” Always give a warning in a calm manner.

You can also reiterate the consequences of dishonesty after you give them a warning. What you want to do here is to teach honesty and responsibility to your child.

So, don’t shame or blame your child. Try to be compassionate and calm about the situation so if they did lie, they are comfortable coming clean.

6. Explain the consequences of lying

The next method of how to get your kid to stop lying is to explain to your child that lying has consequences. Also, tell them that if they are being dishonest by lying, it will be difficult for you to trust what they say next time, including even if they are actually telling the truth.

Also, tell them that lying causes other people to dislike and mistrust those who are known to tell lies.

Lastly, seek professional help. There are cases when lying becomes a serious issue and the parents can’t handle it alone. Like Teaching your child to swim, sometimes we need a professional if we cannot handle it.

If you suspect that lying has been pathological for your child or that it causes problems for them with their peers or at school, you might want professional help to address it.

Kids lie from time to time. But you need to address the consequences for lying according to their age group. In this section, we will discuss how to handle your child’s lying at every stage of their life.

In this age group, your child may just begin to understand the difference between fantasy and reality. When your kid is 2 to 3 years old, he or she is too young to understand lying as a moral choice.

It’s best not to give out consequences since they don’t always think before acting. Whether a toddler lies or not, depends on how you respond. Sometimes they lie because they don’t want you to get upset, not trying to deceive.

The best way to handle this is to lay out the evidence in simple but concrete terms and help your child understand right and wrong.

Starting at this age, you need to talk to your child about the importance of being honest and telling the truth. You may read an age-appropriate book to them that reinforces honest behavior and set yourself as an example.

If your 4-year-old kid is caught in a lie, no need to make a fuss about it. At this age, your kid is still exploring and testing. If you set rules and examples, your kid will eventually learn that lying is not an OK choice. Make sure to be concrete at this age, emphasize honesty, and discourage lying.

2. How to handle lying kids during the elementary school years

Once your kid enters kindergarten, he or she understands that lying is wrong. But it doesn’t mean that he or she will not lie.

Your kid may lie to get out of chores and avoid consequences. At this age, your child may lie to mislead or even manipulate you as parents.

Your focus needs to be skill-building instead of punishment. Teach your kid to do the right thing and help them build a skill set to handle a situation.

For example, your kid may lie about not having homework because he or she cannot understand or cannot keep track of their assignments. In this situation, you need to help your kid develop the skill of problem-solving and get through uncomfortable situations.

However, you also need to teach your kid to think ahead of the consequences when they lie. Teach them positive skillsets to reduce the need to lie. Tell them that it is not OK to lie and don’t let them get away with it.

4. How to handle lying children during middle school years and above

As your kid grows during the middle school years, your child may lie to get out of trouble or to get a sense of independence and freedom.

At this age, you need to help your kid understand the consequences of his choices. Explain that lying can lead to a serious impact. Help your kid see that the limits and rules you put in the household will eventually help him make better choices.

What’s more, older kids will start to know about ‘white lies’ to avoid hurting someone. However, experts suggest that it is important to teach your kid from the beginning that lies are lies.

Reinforce your kids to always tell the truth, though there are moments where it is better to keep their thoughts to themselves.

Now you know how to stop child lying. There are many things you can do to stop your child from lying. Keep in mind that dishonesty is a complex issue. Handling it takes time and patience. As such, don’t rush, and don’t be too harsh. Remember, the goal here is to teach your child that lying is a bad thing, not to be afraid of you.